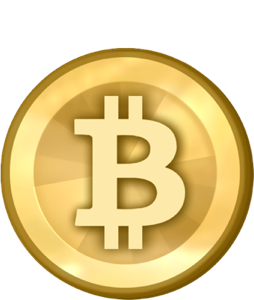 Hello , i want to share my experience about the first time i got my first satoshi in bitcoin world.

I've heard about bitcoin in 2013 , where i searched about "How to make free money" and i got the blog about bitcoin in Indonesian . After i read all the posts , i was curious about bitcoin and how it works. So i learned about bitcoin by time and time , after a while for getting my first satoshi . I gave it a try with this site Bitvisitor

Bitvisitor.com, is the largest bitcoin faucet from 2014 where you get paid from watching 5 min advertisements (not ad-forced) , and the reward per advertisements is 1 bits - 16 bits depends on type of advertisements and the revenue it has. Minimum payout to withdraw is 30 bits and the payout will be automatically running after reached the point.

1. Go to Bitvisitor.com , and you'll see the interface like the picture above.

2. Next , paste your bitcoin address to the Bitcoin Address Box. And then click Submit

3. You can see in the picture below , for this time advertisement you'll get 6.4 bits (640 satoshi) after you finished watching the advertisement (once again the advert isn't ad-forced) , solve the captcha and click visit for the next step.

4. After the page fully loaded , you can see the timer in upper left menu will moving and you must see in 5 min , but as i stated before isn't ad-forced you can still working your different stuff out there while you waiting this advertisement ended. And in center menu you can see the balances progress. I only have 11.2 bits from 30 bits threshold

5. And after the timer runs out , Next button will be appeared . Click next button in upper right menu.

6. And done , your reward have been credited into your balances and you can still watching advertisement if you want it . And the reward now is 5.6 bits ( you can do this until reached 30 bits and you can try again without limit / day)