Can Reverse ICO’s be the future of Fundraising? 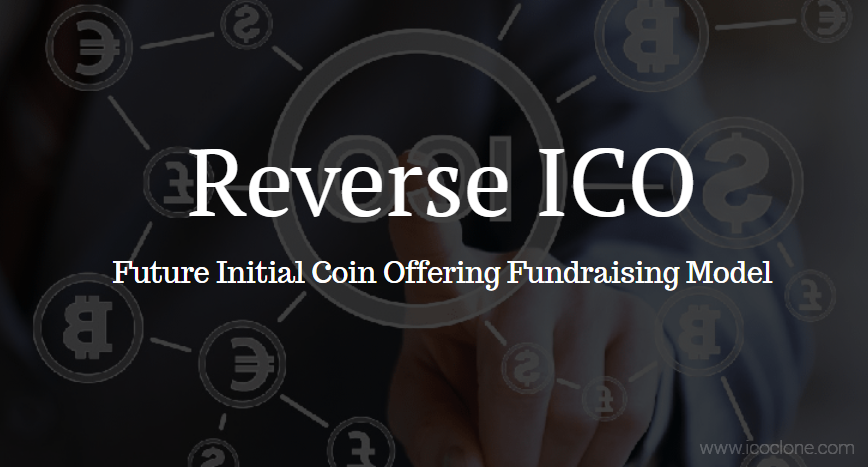 With the bloom in Fundraising strategies, new Initial Coin Offerings are appearing every single day. Change is the only permanent thing prevailing in the crypto space. One such strategy which has been a popular one of the recent days is Reverse ICO.

What is Reverse ICO?

A Reverse ICO is a one in which an established company who has an idea of expanding and decentralizing the business take part. This can also help the company to sell debts or otherwise raise the funds to extend its operations. In traditional ICO’s, the startups which have an intent for raising the funds to showcase themselves are involved!

You may wonder why would an established company be looking for fundraising! There are plenty of reasons behind!

As new technologies are evolving every day, it is crucial that both the experts and the organization should be responsible to keep themselves updated. Added, by staying relevant there are higher chances that you will gain potential new audiences for your business.

Moreover, as an established company, it would already have a set of audience for their business. With the existing and new user bases, the company can move to the next stages by staying in the competition! Added, if the established companies are from other domains, this remains to be a strategy to get into Blockchain solutions!

Yet another reason is, as a well-established company, they could, in turn, expand their business to the higher levels. By doing so, the company can meet high-end profits.

As the company already has a well-established team with extensive expertise. Thus the project can always be assured completely.

Once the Reverse ICO’s become visible worldwide, there would be giant companies who would begin to tokenize their platforms. Once this happens, we can start to see the complete spread of cryptocurrencies in the world.

By imprinting in all the domains, Reverse ICO’s can be the hot talk of the town. There are great such examples which have happened already.

One such thing is Kik which is a social application launched in the year 2009. This had opted for Reverse ICO. By participating, the app had gained nearly 300 million users with the desired profit of around $100 million.

Previously, the Kik app was completely dependent on Facebook and Whatsapp for Ad Support. But sadly, couldn’t gain the target audience or the funds! This is where they got started with Reverse ICO.

If you are an Established enterprise looking to expand your business and technology, Reverse ICO can be your best choice. If you want to know more about Reverse ICO, you can click here.