Explaining The Birth and Sometimes Death of Cryptocurrencies 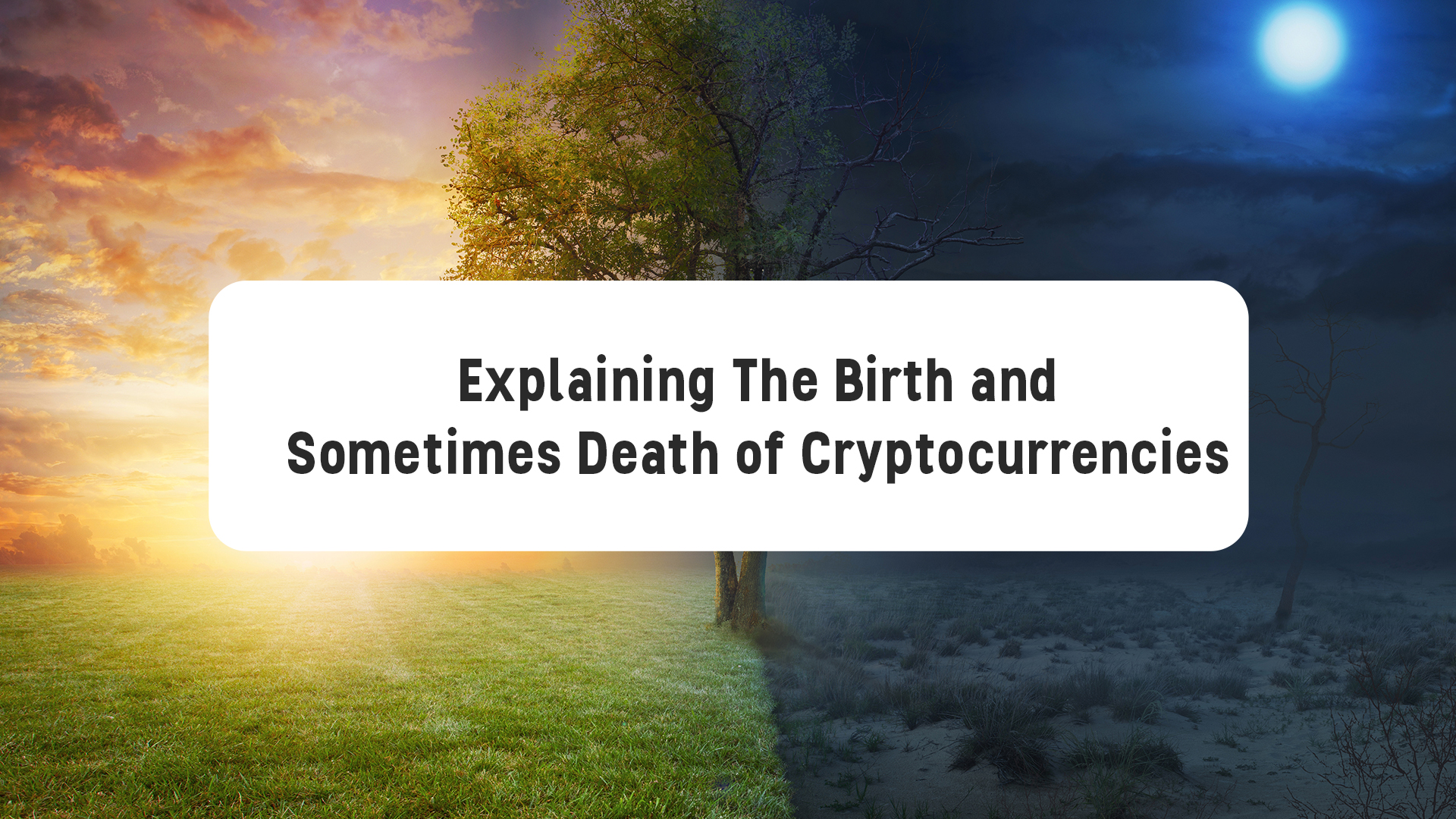 Bitcoin is the first cryptocurrency ever to be created. It has been around for around one decade and continues to look stronger. Several other cryptocurrencies have been created after Bitcoin, some of which are still in existence, while others have died. In explaining the birth and sometimes death of cryptocurrencies, certain underlying technicalities need to be considered.

In its simplest form, a cryptocurrency is created when cryptography is employed in the generation of currencies and securing transactions. This usually happens in a decentralized network of continuous data storage chains known as blockchain. Therefore, in order to create a cryptocurrency, an underlying blockchain is necessary. So now, what is a blockchain?

A blockchain is a growing list of records that are linked together in blocks, and are stored in distributed form across several computers. This is a data management and transmission system that has emerged with numerous kinds of benefits. Such benefits include security, unlimited storage space, consensus democratization of processes, along with many others.

While developers are adopting this new system of data management and transmission, there is an underlying value system that enables blockchains to function. These are called digital tokens, and when they acquire value due to demand, they are better referred to as cryptocurrencies.

Away from the technical description above, today developers are employing blockchain technology in solving existing problems. They are creating alternative solutions to traditional systems. This is why you can easily find blockchain implementation in banking, telecommunications, healthcare, logistics, cyber security and almost every other field of endeavour.

While implementation is growing, we cannot dispute the fact that the nascent nature of the industry has made it possible for ups and downs to be quite popular. This is the basic factor involved in explaining the birth and sometimes death of cryptocurrencies.

In a nutshell, cryptocurrencies are created when blockchain technology is implemented in solving existing problems. However, since Bitcoin came to life, we have seen so many cryptocurrencies come into life, but die shortly afterwards. What could be the reason for this?

Blockchain is a community powered technology. From our explanation above, we noted that blockchain is a product of distributed storage of data. Apart from that, since it is powered by tokens that eventually become cryptocurrencies, there has to be a network effect. This is where the role of the community of any blockchain project comes to play.

When a community of holders of a particular cryptocurrency remain active on the network and put the crypto to use, viability is created. This happens as a result of continuous demand for the crypto. Eventually, being an instrument for transaction, cryptocurrencies follow the fundamental economic laws of demand and supply. Hence, a community that stays together keeps a particular crypto alive, while the reverse is the case for a community that falls apart.

The cryptocurrency market is naturally volatile and moves very fast. This makes for a dynamic ecosystem for every element or individual involved. From the ICO boom era, it was clear to see that neglecting to consider the rapidly changing trend means suicide for any emerging project.

This is a factor that caught up with a lot of cryptocurrencies that failed to survive. Trends changed so quickly and made it difficult for non-dynamic teams and communities to go out of vogue. Therefore, speed in evolution, not just transaction is essential for the survival of a cryptocurrency, and by extension any blockchain project.

As a new industry with a lot of promises, the level of competition in the blockchain ecosystem is very high. First, it is a non-regulated industry, therefore anyone can build projects in any field they desire. No need for any special certification. Secondly, blockchain is global and the need for solutions is not centralized. For instance, you might be working on a blockchain solution in healthcare in Europe, while someone else will be working on something similar in Asia.

In such a competitive circle, it becomes “the survival of the fittest”. Innovation, speed, publicity and many other factors now come into play. So many crypto projects have gone underground simply because someone did it better and took away their markets.

No Valuable Use Case

Blockchain is a technology of value. Once the value proposition of a blockchain project is not solid, the chances of survival become very slim. There is no substitute for use case when it comes to cryptocurrencies.

This is one major reason for the demise of many cryptocurrencies. A good number of them actually emerged under deliberate arrangements, comprising most of the scam coins that we saw, especially during the ICO boom. Without a viable use case, holders will not be able to carry out transactions. This diminished the network effect of such cryptos, making it impossible for the coins to survive.

The reasons listed above have caused many deaths of cryptocurrencies. Even though investors and members of the communities still hold the coins, they become momentarily valueless and assumed to be a lost cause. Well, there seems to be light at the end of the tunnel for these coins.

CoinJanitor has emerged with a value restoration project that breaths some new life into the cryptocurrency industry. This project focuses on restoring value to holders of dead coins. By its actions, investors and members of crypto communities can enjoy the benefits of holdings that have been forgotten.

CoinJanitor swaps its underlying token, JAN, for tokens of dead coins. The essence of this is to clean up the ecosystem of these dead coins, and also introduce a highly viable network for its new coin.

The holders of the dead coins, who eventually become translated into the new network, can trade their newly issued JAN coins for other popular cryptos like Bitcoin and Ethereum. They also enjoy the benefits of becoming part of a new platform with an extensive network effect. This move summarises the clean up attempt, and saves participants from explaining the birth and sometimes death of cryptocurrencies.