Retail investors are frantically trying to enter the Bitcoin market 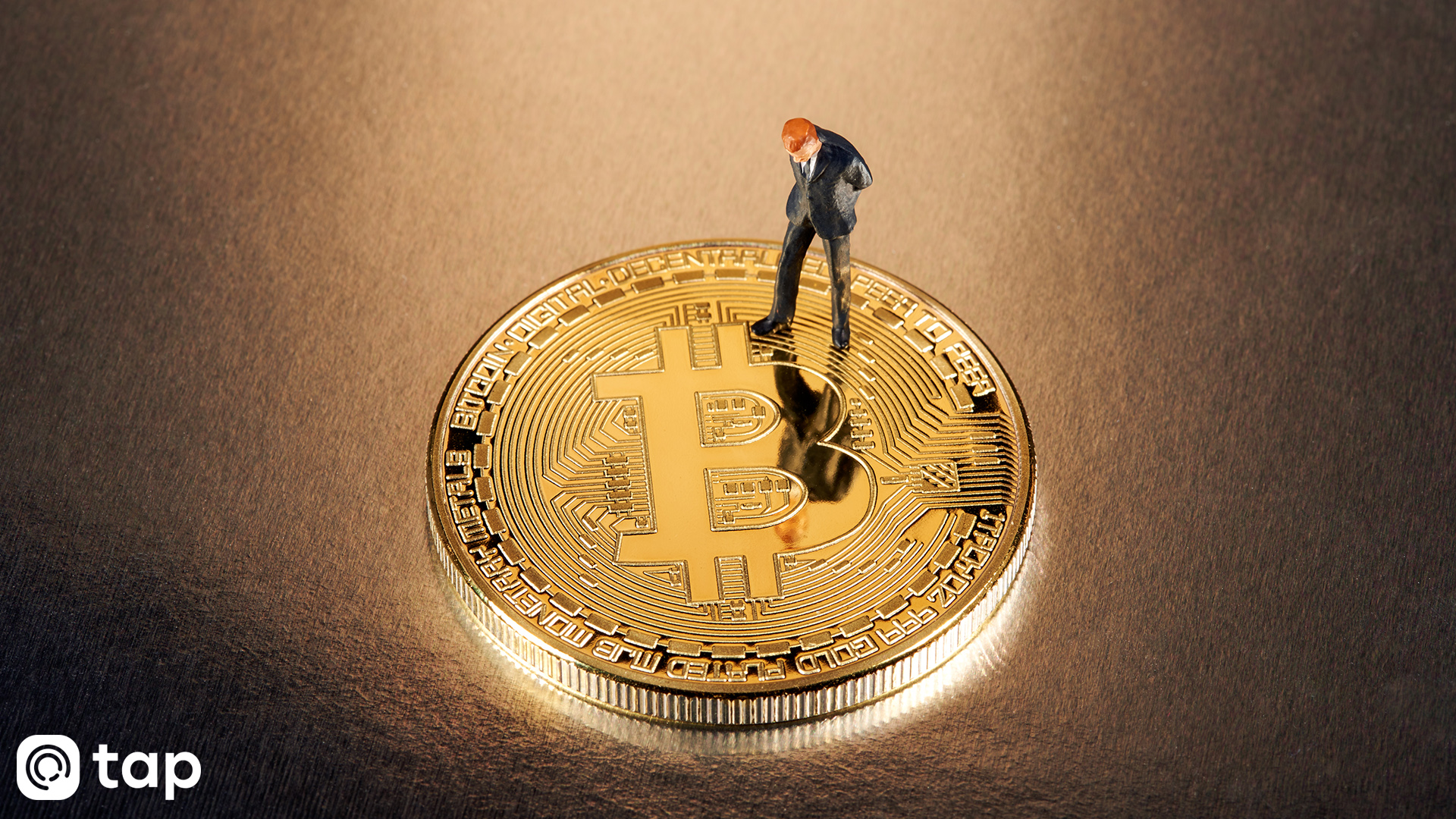 Bitcoin’s 2020 rally has sparked some serious FOMO among crypto enthusiasts. Now, retail investors are frantically trying to enter the Bitcoin market. The FOMO is likely due to a couple of factors - chief among them Bitcoin’s upcoming halving event, which has historically heralded a major bull run.

The number of BTC wallet addresses holding more than 1 BTC has been rising swiftly as of late, suggesting that retail investors are scrambling to get their hands on the OG cryptocurrency. Retail investors are heavily engaged in accumulating Bitcoin, which could lead to further momentum for the rally.

Bitcoin is trading at $10 279.90 a coin (at the time of writing), although it has yet to stabilize over $10K. However, it’s market structure remains very bullish, and retail investors have noticed.

Bitcoin’s open interest has been hovering at around $1 billion over the last week or so, showing that traders are very much anticipating that the cryptocurrency will see more volatility.

The upcoming halving scheduled for May is likely to be causing increased retail investor interest. The event has historically resulted in bull runs and increased volatility. Investors’ current market engagement combined with Bitcoin’s high hash rate, increased network activity, and strong price action shows that the coin is inherently strong at the moment.

The data shows that investors are already actively engaging in accumulating Bitcoin. It appears as though investors are considering all of the factors driving the bull market at the moment. Data from Glassnode shows that the number of addresses holding 1 BTC is growing rapidly, and shows few signs of slowing down. 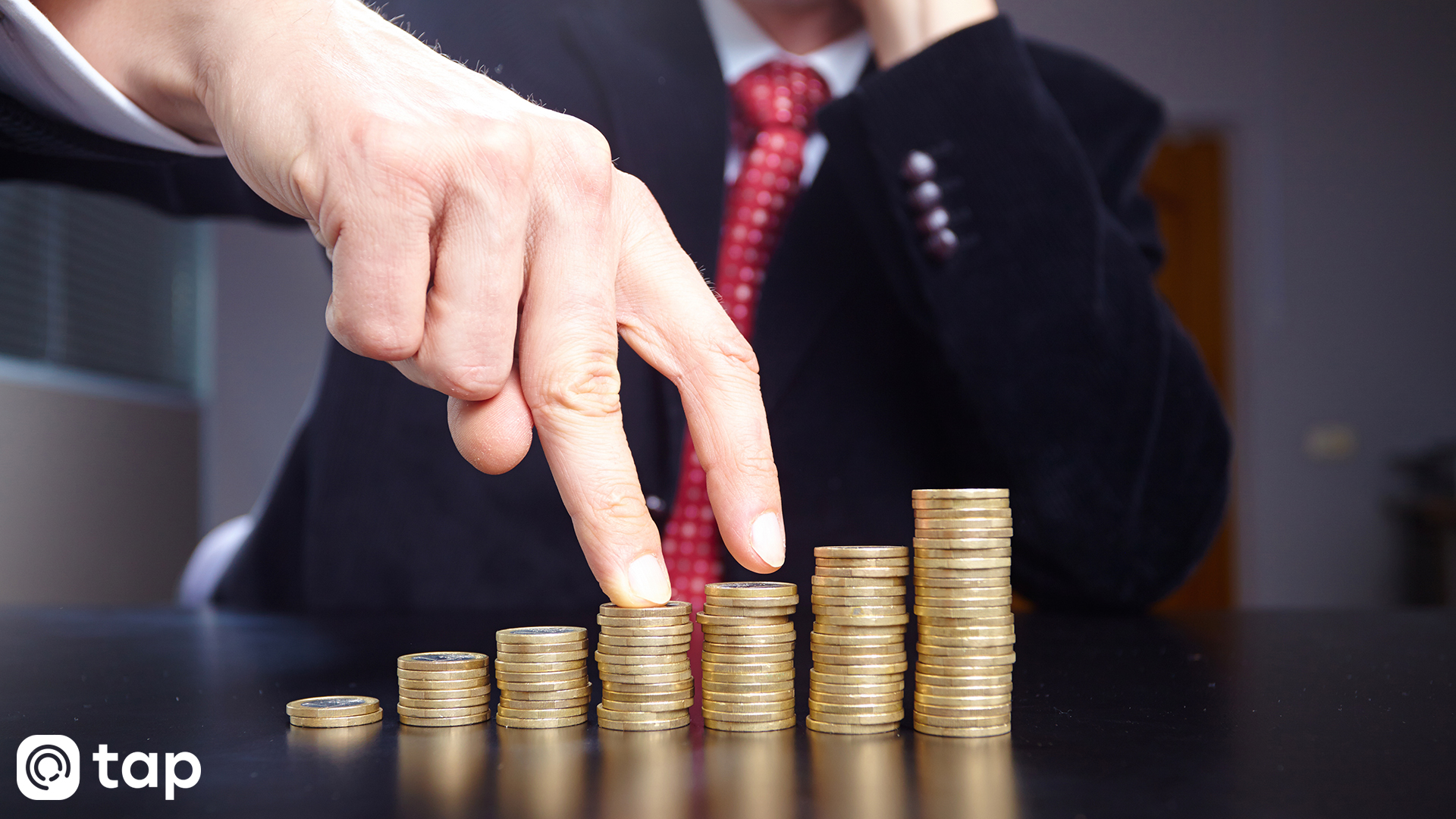 “The number of Bitcoin addresses holding over 1 BTC is growing quickly, showing no signs of slowing down. After a sharp drop 3 months ago, we’ve surpassed the highs of November and an all time high is just ~2000 addresses away.” 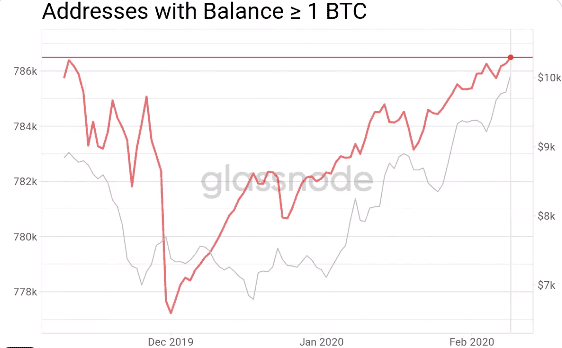 When you consider the fact that increased accumulation is currently underway, it’s likely that Bitcoin will see a steady stream of buying pressure that allows the price to continue gaining.

Retail investors are frantically trying to enter the Bitcoin market - and that’s good for the entire cryptocurrency industry. If you want to get a head start on the rest of the market, consider trying out the Tap app. Tap scans all major exchanges to find you the best price on the crypto asset of your choice, and then stores your crypto in a built-in cold storage wallet, which can then be linked to your Tap Prepaid Card.

Bitcoin bull run on the way

As more retail investors are frantically trying to enter the Bitcoin market, things are heating up for the cryptoasset. While the Bitcoin halving may be driving the bull run, the fact that investors are starting to accumulate the coin is also contributing. As the halving draws nearer, we’ll likely see a further increase in retail investors scrambling to get in on Bitcoin. This isn’t the time to start falling behind.