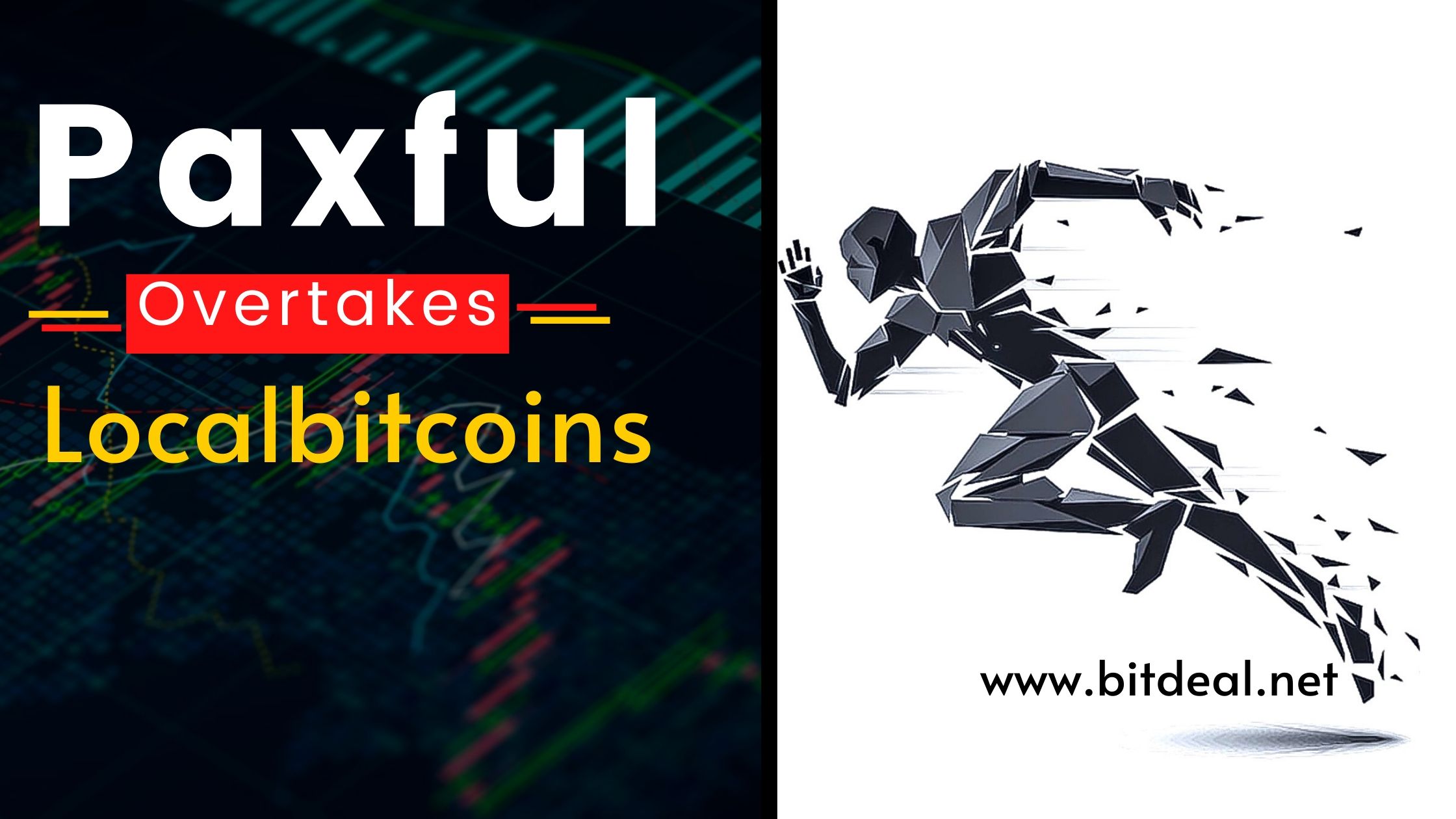 For all those cryptocurrency enthusiasts “paxful and localbitcoins” will not be new terms. Both the exchanges have created a success mark in P2P Crypto trading marketplace , and they are providing extended trading services in various countries including India, USA, UK, Canada and more. A recent article by chain analysis reports that P2P bitcoin trading website Paxful ovetook localbitcoin in trading volume by the weekend of June 6.2020.

The reported to trading volumes were, Paxful – $39.8 Million, where as localbitcoins was – $39.5 million.

Here we are going to provide you some of the reasons and explanations regarding the hike of paxful trading volume, reported by original article, just have a glance here. According to Chainalysis, Paxful is “considered to be one of the safest P2P cryptocurrency exchanges.” They claim that Paxful offers a good example of a tiered Know Your Customer (KYC) policy (more details here).

As reported in early June 2020, Paxful entered India – a country that has recently seen a change in rules that have enabled crypto exchanges to operate thus opening the door to a huge market. Paxful stated that an in-house survey about the future potential of cryptocurrency in India, that 75.8% of respondents rely on digital currencies to transfer money, in an otherwise limited banking system, and 64.8% believe it is the path to financial freedom.

In May 2020, Ray Youssef, CEO and co-founder at Paxful, explained in an interview with Crowdfund Insider how the company’s global Bitcoin (BTC) marketplace is enabling greater financial inclusion.

Also the official blog post of paxful mentioned that.

For marketplaces and exchanges, building a community will never be a bad idea when governed and run properly. … joining a Bitcoin community or of whatever currency can give you a proper idea about how things work….”

So, the above block quoted text may give some hope for crypto entrepreneurs who wants to make a p2p marketplace. Creating a crypto exchange is not gonna be a bad idea, when it is governed and operated properly. The success of paxful, denotes that any one can make a crypto exchange, but the plan and execution should be properly done by understanding the users needs.

The article content was originally published at : P2P Bitcoin Marketplace Paxful Overtakes LocalBitcoins in BTC Trading Volume, Considered One of the Safest Exchanges by Chainalysis | crowdfundinsider.com

We at bitdeal encourages such kind of cryptocurrency exchange startups, which has clear goals in its operation. We deliver extended technology support in developing, deployment and also in consultation. If you are an entrepreneurs who wants to make a crypto exchange like localbitcoins or paxful, we can guide you from the scratch. We could handle any complexity with our premium localbitcoins clone script, and paxful clone script. For your queries we provide you free demo of both the scripts at bitdeal.