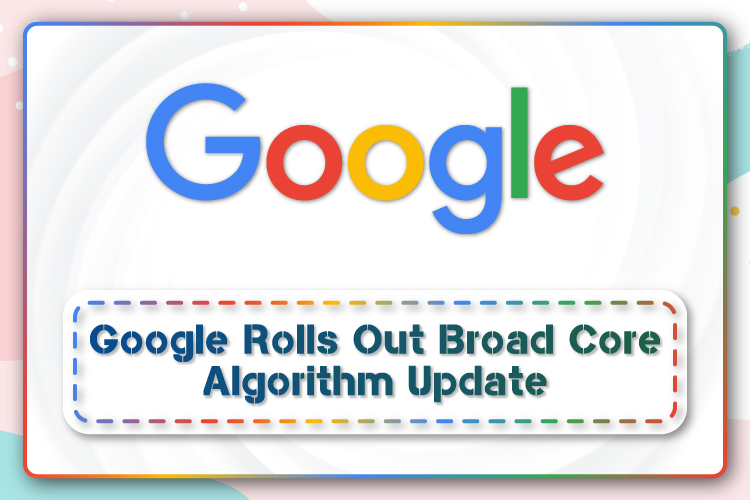 Every year Google rolls out thousands of updates to improve the quality of search results. However, Google is in the news for the core algorithm updates that it has rolled out on 2nd June, 21, and the other part of the same update is releasing in July.

This time Google has released a broad core algorithm update which impacts the Google search overall. The main focus of this rollout is to improve search relevance.

This update has raised concerns among site owners regarding their site ranking on Google search engine page as some noticed a drop in their ranking, and some witnessed traffic spikes. There is a mixed response from site owners.

If your website ranking has dropped, then Google’s John Mueller has also stated the reason behind it.

“It’s essentially just saying, from the way that we determine which pages are relevant, we’ve kind of changed our calculations and found other pages that we think are more relevant.

So it’s not a matter of doing anything wrong and then you fix it (and then Google recognizes it and shows it properly).

…More it’s a matter of well we didn’t think these pages were as relevant as they originally were. And these kinds of changes they can happen over time.”

However, it is too soon to conclude about these impacts. The second part of the update is yet to be released.

“Of course, any core update can produce drops or gains for some content. Because of the two-part nature of this release, it’s possible a very small slice of content might see changes in June that reverse in July….

As a reminder, nothing in a core update is site-specific. Those who seek to perform well with search generally, including with core updates, should look to our guidance.”

These updates do not require web developers to make technical changes.

In addition, these updates reward websites that were under-rewarded and have high-quality and relevant content.

“Core updates are designed to increase the overall relevancy of our search results. In terms of traffic we send, it’s largely a net exchange. Some content might do less well, but other content gains. In the long term, improving our systems in this way is how we’ve continued to improve Search and send more traffic to sites across the web every year.”

The best next step is to check your content and update it with relevant information. Google may pick the changes made to your website in the next update or later.

Some may wonder why Google is releasing these updates in parts?

“Some of our planned improvements for the June 2021 update aren’t quite ready, so we’re moving ahead with the parts that are, then we will follow with the rest with the July 2021 update. Most sites won’t notice either of these updates, as is typical with any core updates.”

Hariom Balhara is an inventive person who has been doing intensive research in particular topics and writing blogs and articles for Tireless IT Services. Tireless IT Services is a Digital Marketing, SEO, SMO, PPC and Web Development company that comes with massive experiences. We specialize in digital marketing, Web Designing and development, graphic design, and a lot more.