What Are The Best Cryptocurrencies to Invest in 2021? 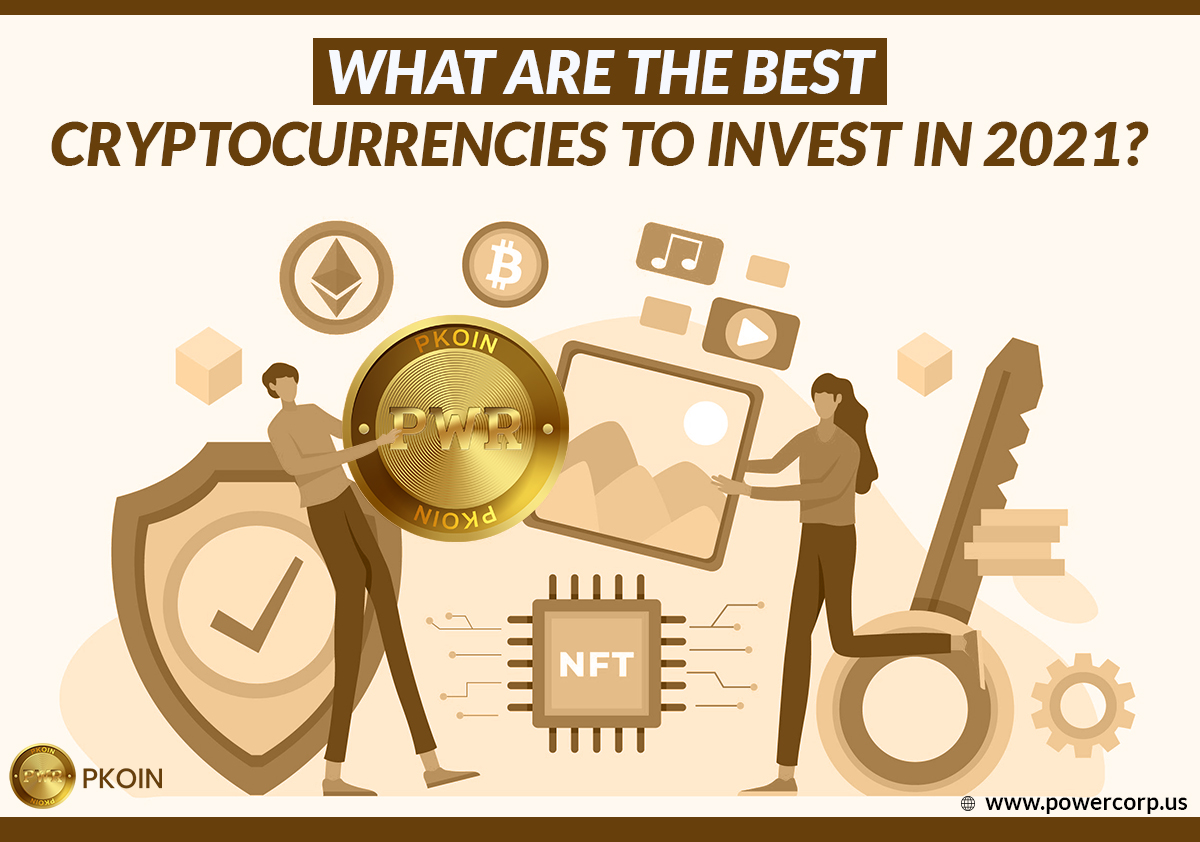 Cryptocurrency is slowly but surely becoming a popular form of digital currency, payment, and passive income source. Despite the growing curiosity in crypto, governments are making things hard for it and its holders and all because of its decentralized nature.

What does it mean? So decentralized means the government has no central authority over these currencies, thus, they believe crypto will cause a threat to central banks and national security.

The Crypto world is growing and growing at rocket speed. Every year many new cryptocurrencies and ICO/ IEO get introduced. Daily new trading records are made and broken in this field. It is not only bringing a revolutionary change but also providing a way to make a passive income for all.

The year 2021 is better than last year, but still, a large part of the world is fighting against a deadly virus. Economies are down, people lost their jobs and loved ones, but it is not the end.

We need to plan better, take better financial decisions and invest in something that has the potential to give a better return.

And Cryptocurrency could be something people are looking for, it has potential, it is decentralized, it is far better than the current financial structure, and to make things a bit easier for you here we are with the best cryptocurrencies to invest in 2021.

Best cryptocurrencies to invest in 2021

Bitcoin is already out of our range, thus choosing a cryptocurrency whose price is still in our range and having the potential to give good ROI is important.

That’s why we explored the internet, talked with many experts, and then prepared a shortlist of cryptocurrencies that are doing great this year, and soon they will generate better revenue for their holders and investors.

Power Coin (PKoin) is perhaps the newest in the market but is reliable because it is an asset-backed hybrid stable coin that not only protects investors from volatility in the crypto marketplace but also helps in mining and generating passive income.

So, if you are looking for a great opportunity to invest in cryptocurrency this year then Pkoin is available at a tiny price.

The Shiba Inu-based meme currency Dogecoin has risen by 13,000% since the beginning of the year and is showing no signs of stopping.

Dogecoin is a cryptocurrency created by software engineers Billy Marcus and Jackson Palmer, who at the time decided to create a payment system as a joke mocking wild speculation in cryptocurrencies.

Dogecoin was trading at $0.53 a few days ago, but in the future, it will cost higher. Thus investing in Dogecoin now when its price is still not high will be a brilliant investment for the present and future.

It is the second most valuable crypto coin in the world after bitcoin. It is more than just a cryptocurrency, the blockchain-based platform that Ether supports is the first to offer a smart contract that allows developers to build an application based on it. Ether’s transaction speed is also significantly faster than Bitcoin.

Ripple was created in 2012 with a unique idea, to solve problems related to international payments. With a traditional method, international money transfers take about a week, but Ripple can complete it in a few seconds.

Additionally, Ripple is one of the few that is being tested for use in the real world. So investing in Ripple would be a great investment decision in the present scenario.

The co-founder of Etherium created Cardano with the potential for smart contracts. It is a proof-of-stake blockchain platform, which means it is the first to be established on peer-review research and developed through evidence-based methods.

Compared to Ether, Cardano has the third most advanced blockchain technology, so if you are looking for a safe investment then buying ADA will be a significant step.

When bitcoin developers were unable to change the code changes of bitcoins, they created a new cryptocurrency, Bitcoin Cash. Bitcoin Cash is a cryptocurrency launched in 2017, the new code made bitcoin cash faster than bitcoin.

Bitcoin Cash led to the trend of creating new cryptocurrencies by forging the bitcoin blockchain. As measured by market capitalization and active users, bitcoin cash is the largest bitcoin competitor. So when bitcoin is out of your range, invest in BCH.

That’s it for now, in this list of best cryptocurrencies to invest in 2021 we avoided some of the popular and highly-priced cryptocurrencies, it is because investing in them will be nothing more than a bet this time.

However, choosing a low price cryptocurrency and holding them will be a great way to generate a bigger return on investment. It will be profitable for you in many ways thus, choose one from above and invest now!