An honest analysis about Waves 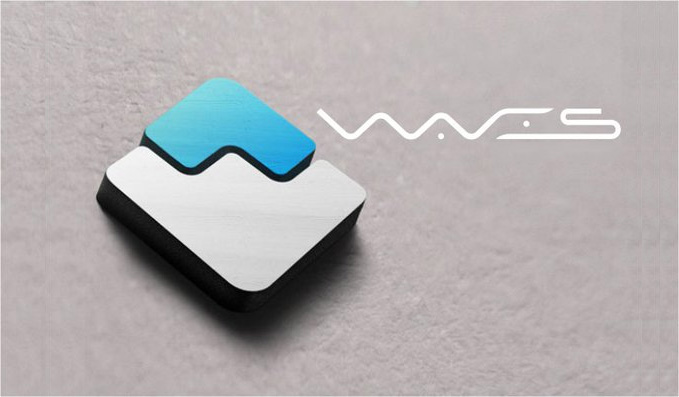 Waves full nodes are now released to public, this moment was awaited by many investors for a long long time...

Why did it take so long after the ICO?

When the ICO started, people weren't asked to invest into a cryptocurrency but into a project. At the time, they only had the team and a rather ambitious vision of a new revolutionary blockchain which will allow a lot of features to be implemented such as fiat tokens, a decentralized exchange and many more that we can find in some other cryptocurrencies. But they also aim to make it easy to use, even for someone who doesn't know anything about blockchain, people and industries using it shouldn't have to worry about the technicality. To achieve the building of such a powerful tool, they didn't simply clone another coin (I wouldn't even call it a coin, the term Token is more correct) but created a whole new system based on the scorex framework.

Safety as we've seen it with Ethereum/DAO can simply destroy the trust acquired for the platform amongst investors and project starters. It has been one of the main concerns of Waves developer's team, they delayed the release of their product a few times to make sure things were done right, they only had one chance at it. Time will tell if the delays were effective, following the Github evolution has shown that updates were steady and in accordance with the discussions on their slack.

Nearly 30000 BTC were invested in the project, most of them still waiting in cold storage or even unclaimed on the ICO website. Owners are just waiting for the project to be adopted by companies or used into big projects. If everything is going smoothly, this is a long term investment that will prove very rewarding to them. At the time of writing, there were already a few ICOs released on the Waves platform, the only exchanges available (Bittrex and Hitbtc) have seen some raises in price related to these ICOs, but most of the time the market remains calm, going slightly over and under ICO price, trading at low volume.

These delays were despised by a few daytraders who expected a giant surge in value as they saw before for Ethereum and some other actual projects, it didn't help that one of the main devs, Sasha Ivanov, kept on telling on social networks and on forums that the release was imminent, for nearly 6 months... These unkept promises led to trust problems. But as the full nodes were released, these trust issues are now disappearing.

What does the release fo the full nodes mean?

Release of the full nodes simply means that they could (at last) release a working product, they have something to show and to promote, they can now add features to their system, they now have the "hardware" and are ready to code the "operating system". That's a huge step as now people and companies have something to look at.

That also means that the big promotional campaign is ready to start, like these Chronobank ICO ads you see on Facebook (which is based on Waves platform btw). People will now start to know the product and show interest. And, it means that now it can be integrated easily on exchanges(Poloniex), fiat conversion websites(Shapeshift,...) and so on. Even if these last ones don't see it as a valuable asset right now, they'll probably contribute to the massive adoption of the tokens in a few months.

As Bitcoin is the most popular store of value, constantly facing difficulties but evolving since 2008 and adding innovative features such as those you can find in other cryptocurrencies with a very intensive and dynamic market, there's no way another coin takes its place right now.

Anyway, that's not the aim of Waves which is more of an utility token, it's more related to Ethereum or NXT and could be considered as a replacement for both in a few years if the project keeps on evolving the way they want it to evolve.

I want to invest into Waves, what are the risks?

It's a great project but there are many things to consider, especially regarding one of the main devs: Sasha Ivanov. His promises (release delays), political talks (about Donald Trump's election), arguments (with Poloniex's owner or about Ethereum Classic) have already hurt the project, nothing unrecoverable at this stage but it makes you wonder what will be his next bad move. He's a developer and is the most able person  to speak about his project but he also should remain on topic, spreading only confirmed information or be a little less optimistic about the deadlines, he's putting pressure on himself, on the project, on his team.

This ambitious project will require a lot of work, and more importantly excellent workers. The team has to be good enough and they need to collaborate with big names, there's a growing amount of competition in the field and some are already successful at what they want to do. Now that the foundations have been built, the development of features should be fast, safe and clean.

There's a lot of things to take into consideration and estimating the risk is never accurate. It's too soon to know if the team, including Sasha, will have what it takes to maintain their project and contribute to something which really looks like the next crypto everybody will be using on paper.

But the risk vs reward ratio at this stage is ridiculous. At approximately 0.3$ per Waves, with such a project and now a released product, there's a lot to be earned from these Tokens. Adoption has not started yet, promotion has not started yet, trading is on a very low volume right now, and the funding of the team insure that a lot can be done for the success of the project. Screwing this thing up would be only because of human mistakes, these aren't impossible and can be harmful but with less pressure on their shoulders now that the system is live, they should begin to believe they can do it and have a clear ideaof what steps are needed to achieve their goals.

What price can we expect?

Best case scenario: Project features added correctly, no security issues, adoption by a few small and big companies, added to high volume exchanges, Bitcoin price evolving not too fast, ... You can really expect a value between 2 and 4 dollars per Waves one year from now. After this first step, possibilities are endless, it could reach current Ethereum level (11-13$) and even go far beyond(Eth price raise was stopped mainly because of the DAO Fiasco).

Worst case scenario: Project failures, slow development, security issues, human (PR) issues, political problems (this is a russian based company), compromised adoption, huge Bitcoin surge... Can lead this project to the ground and with it all the money invested in ICO, you won't lose everything but you can expect with such events a price plumetting to 0.1$ per Waves or slightly under that price (depending of Bitcoin's price at the time of the issue).

It probably won't be as good as the best case scenario or as bad as the worst case scenario, but probably some value in between. Being realistic I can see the project reaching at least 1$ per Waves in less than 6 months. That's a good investment but maybe it would be more rewarding to invest somewhere else as the market will move faster.

Don't be blind and keep an eye on other projects as well, Waves is not the only token project with that kind of whitepaper and ambitions, teams are playing against others and the most experienced team can be beaten by newcomers with a better approach. Waves had one of the most succesful ICO in history, mainly because it was the best time to invest into an ICO (previous ICOs were rewarding, this was another chance for most investors to be part of something great) and that their project was the most innovative at the time.

Devs have the keys in their hands to make this a huge success but it won't be as easy as it sounds.

About the author: I've been a cryptocurrency addict for two years, I earned a lot, lost a little,... I've been following markets and announcements very closely and invested in many projects which seemed to be worth it, I had a good feeling as most of them were rewarding. Waves is just one of these projects along with other coins/tokens (including Newbium). I'm not here to hype anything (or I would hype some other coins in which I invested more) but to explain how I see the current state of the project and my expectations. More articles will come soon. Sorry if there are mistakes, I'm usually fluent in English but not perfect.

Wave analysis depends on the Wave Principle, which expresses that investor psychology is the genuine motor behind the securities exchanges. Along these lines, wave analysis includes interpreting the mental introduction of the speculation swarm through the wave patterns developing. http://www.dissertationtime.co.uk