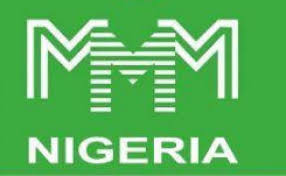 The Central Bank of Nigeria has issued a notice to financial institutions in the country, including banks, warning them of virtual currency transactions while effectively barring them from holding any reserves of virtual currencies.

Contrary to some chatter making rounds that Nigeria has banned bitcoin, the Central Bank of Nigeria (CBN) has issued a circular among banks to urge vigilance with virtual currency transactions. Penned by Kevin Amugo, the bankâs Director of Financial Policy and Regulation, the regulatory authority sees risks inherent with virtual currency transactions, such as potential misuse toward money laundering and terrorism financing.

Further, the central bank official pointed to virtual currency trading at exchanges âthat are unregulated, all over the world,â in  quotes reported by one prominent regional publication Premium Times.

In the event of noticing any suspicious transactions, the central bank suggests that financial institutions to cut ties with those particular virtual currency exchanges and/or users. The authority is also demanding that all suspicious transactions are reported to the Nigerian Financial Intelligence Unit, a watchdog overseeing Nigeriaâs financial system.
MLM Ponzi Panic?

The warning from the Central Bank of Nigeria follows within days of the countryâs capital market regulator, the Securities and Exchange Commission, issuing its own warning against investments in cryptocurrencies, including Bitcoin.

Observers will see little coincidence that the state-issued warnings have been published in the days of MMM Nigeria, a multi-level-marketing Ponzi scheme, making a comeback in the country with Bitcoin as a form of payment. Some estimates point to at least 3 million Nigeriansâ accounts frozen in December prior to its comeback this month. The number is a notable indicator of the popularity of the MLM scheme in the country, enough to warrant official warnings by governmental authorities as bitcoin and other digital currencies suffer with an unfortunate association with the rampant ponzi scheme.