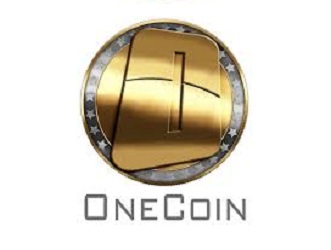 Among the scams, OneCoin is already a reference for financial authorities worldwide, especially in Europe. Now, the Federal Financial Supervisory Authority of Germany, BaFin, halted the operations of OneCoin Ltd. on suspicion of fraud.

The financial authority dismantled the business activities in two moves. Between 17 and 20 February this year the entity ordered to freeze all accounts associated with OneCoin in German territory. Two weeks later, the measure fell on the company IMS International Marketing Services GmbH, which obtained millionaire gains by investors of the alleged scam.

In accounts made by the financial authority, the company would have won up to 360 million euros on behalf of OneCoin between 2015 and 2016, an estimated amount of almost 400 million dollars in Germany alone. After months of research dating back to last year, BaFin found a connection between OneCoin's operations and the marketing company based in Greven, Germany. According to the release issued by the entity, IMS made profits by acting as a mediator, using the business as a brand and directly receiving investor money.

With the money distributed in accounts on behalf of IMS in different banks, the company made payment transactions to third parties on behalf of OneCoin Ltd., without BaFin permits, which is a common feature in OneCoin's services: operations without proper authorization .

After the freezing of the accounts, the next step is to relocate the remaining 29 million euros that continue to be protected in the name of IMS. The financial authority has ordered the company to return the money to the most recent investors and cancel services linked to OneCoin Ltd., at the risk of getting a fine of 150 thousand to 1.5 million euros in case of not meeting the requirements of the financial entity.

With the seizure of the rest of the assets in the name of the alleged ponzi scheme, BaFin clarified that the legality of OneCoin contracts under the civil code are outside the jurisdiction of the authority. Nevertheless, it leaves open the possibility of future judicial actions depending on the development of the facts after this action.